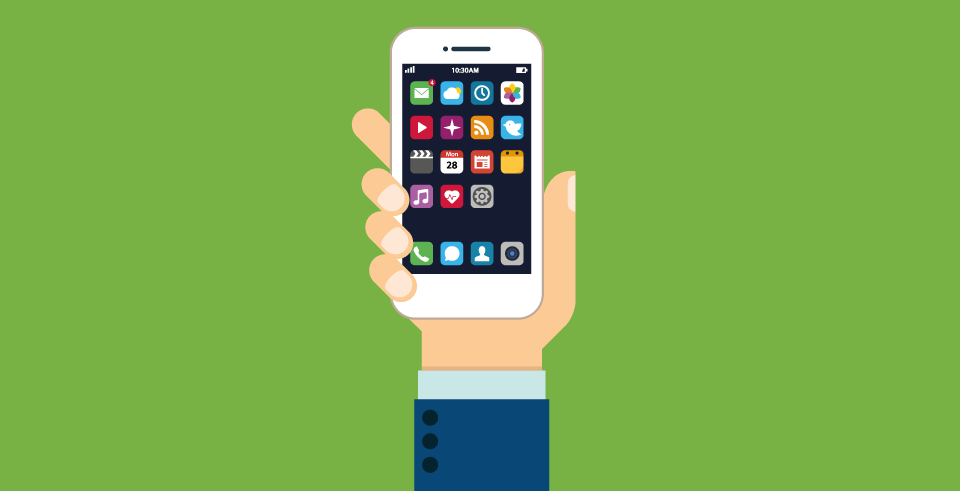 There are millions of apps in App Store and Google Play Store and with each passing day, hundreds of apps are launched regularly. Despite this, some of the apps don’t get a positive response from users. The question is why do most of the mobile apps fail while some run high on success? The answer is how effectively mobile apps get adapted to the users.

Mobile app development companies keep in mind certain points to get the maximum result. Also, due to the fierce competition in the market, it’s equally important to display the magnitude of your services through mobile applications. However, sometimes we get unexpected results making cases the worst like users not liking the app anymore as they’ve found a better option or with time some of the functionality of the app is obsolete. Whatever may be the reason, only you’re at a loss as users have other options available to choose from whereas you’ve got only one shot.

According to a survey, it was found that 23 percent of apps downloaded by mobile app users worldwide were only accessed once during the first six months of ownership. On average, the mobile app loses 77 percent of its users within the three days after its installation. After a month, 90 percent of users eventually stop using the app and only 5 percent of users continue with the app. As you could see these figures depict and it depends on you where you want your app to be.

Do you know what are the reasons that people might hate your mobile app? Let’s see what those reasons could be.

Advertisements are good for mobile app marketing but overusing it might hamper the user’s curiosity and can kill their interest. Especially when it appears when they are in the middle of something. Incorporating lots of heavy graphics and continuously bombing advertisements can frustrate users and can spoil the impression with unresponsive ads.

What makes users even more annoying is if the advertisements are not relevant enough.

Don’t beg users for likes or reviews. On a serious note, they don’t like it. Users have been using your app for months but that doesn’t mean you could go on asking for likes. Although, you can ask for ratings that come later in the picture. Let users take their time and deliver the review accordingly. While opening the app users try to access its functionality rather than a pop-up begging for likes and reviews. Users don’t like to get disturbed especially when the reason is the same.

The theme and background of the applications need to be carefully selected keeping in mind users’ interests. Think from the user perspective as it would give you a clear idea of how users will see and use it. Refrain from using high contrast colors and choose a good color combination so that it’s appealing to users. The moment it’s frustrating to them, this will make them delete your mobile application immediately and try a new one.

In-app purchases are a great way for mobile app marketing. For instance, you must have observed in-app purchases while playing your favorite game especially when the game asks you to spend money in the form of buying tokens or bitcoins. There are lots of games all the games asking users to purchase tokens or anything thing sort of that. But what kills it is asking users all the time. Every time users play a game and every time they are greeted by the same request would leave them to consider other options.

You shouldn’t flood users with social media requests. You could have a look at Facebook’s Candy Crush requests. Though the game is a huge success what’s killing is sending requests to those users that don’t even play the game, hence, resulting in the bounce rate. Also, don’t send pushy requests just to follow your company on social media. If your social networking sites are worth following, then users will follow you. You can even deploy tactics such as posting engaging and relevant information, offering special discounts, subscription fees, etc. Pushy requests are a bad idea for targeting users.

Users refrain from apps that ask for their details before accessing them. Sometimes, to access advanced features of the app, users are asked to enter personal details and users hesitate in the first place owing to phishing and scams and the vulnerability of hacking. Also, users are now privy to the fact that companies use their data for marketing purposes. They gather data and share it with third parties to increase their consumer base but ultimately lose control of customer behavior.

Sometimes we forget about the content and overlook the fact that it is one of the important aspects of mobile app marketing. But that also doesn’t suffice as you have to think from the users’ perspective also. The moment users find difficulty in reading or grasping what’s written in the content soon their interest will fade. Your readers should require minimum control over the reading process – the experience should be natural and comfortable without effort.

Most of the users require application runs quickly on real-time usage and does not take the time to load or freeze in the middle of its usage. This causes poor impressions of the application in the minds of the people and they start hating such applications.

Compatibility is the major reason why users will stay or leave the app. There are hundreds of apps users have at their disposal and sometimes they face issues concerning the calibration and compatibility of the app with other apps. If your app in any way hinders the other apps’ functionality or is not compatible, then users will seek better options. This can be easily resolved by the mobile app developers to have the best results.

Apps that always ask for updates:

Like all the other reasons, this could break the interest of users in browsing your app. Some apps always ask for regular updates even if it’s not necessary. Although, updates are important as they enhance the functionality and the overall performance they are time-consuming and can waste user time if done every other day.

As an app has various versions, therefore, there are updates now and then. Before initializing any update check whether the app needs to get updated without causing any kind of inconvenience. If that could justify it, then you’re free to proceed. Even if the doubt persists, you can ask for online help. You put up your question, queries on any online forums and have the maximum possible solution.

So, these are some of the reasons why users hate your mobile app. The worst part is when developers think that their mobile apps are just doing fine but in reality, it’s the other way around.

That was it for this article. If you found it helpful, consider checking out our blog Therealtypaper!