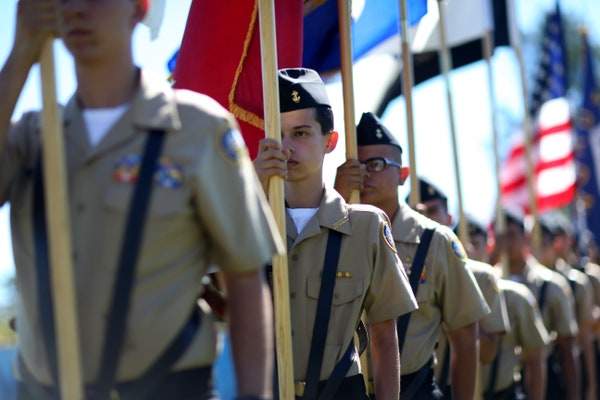 Certain studies have been conducted on how to improve the propensity of youth to enlist. One of the marketing strategies employed by these studies is to compartmentalize each aspect of the military. Advertisements on several aspects of the military have been deployed with the need for patriotism among the youth.

Specific bonuses and benefits have also been included for the youth to gain if they choose to enlist. However, teenagers being patriotic is not the only effect these advertisements leave upon the new generation.

If you decide to enlist for the military, you can also enroll in other courses and vocations such as Law, Engineering, or Medicine. However, the main reason why people enlist in the military is the steady paycheck the army offers. While the army is viewed as a ticket for adventure for some, the financial stability it offers for you and your family back home is a good reason to enlist in the military.

From being a firefighter, military police, to human resources, the Army has more or less 150 career opportunities for people to go for. This is one of the reasons why recruitment agencies look at your educational records to take a peek at your career developments.

E-Sports as a Form of Recruitment

One of the online platforms of military recruitment is through esports. The amount of coverage these online game tournaments provide is astounding and is potentially a gold mine for recruitment agencies. An example of this is the time when one army recruiter volunteered to become one of the announcers of one popular online game. The viewers of that online game tournament are millions, and more or less half of that population is aged 17-24.

Furthermore, scouting the youth in online shooter games for recruitment has been one of the plans of the Army. A member who is on active military duty, who also knows how to play a specific online shooter game, is trained to qualify for a great team in said game. They are then transferred to Fort Knox with the team and are taught about recruitment techniques to enlist youth to the military.

Since most of the efforts in advertising by the military are aimed at high schools, enlisting their parents’ support has been one of the convictions of the military. Convincing a parent of the benefits and the honour it would bring to their family if their children join the military is a crucial thing for recruiters. While this does not necessarily affect a student’s life if the parents disapprove of their children joining the military, a convinced parent might be otherwise.

One of the most common objections of parents of their children enlisting for the military is the inherent danger it would bring. Because of this, one of the recruiter’s jobs is to ease the worries of the parents and bring up the financial stability and bright future for their children if they enlist.

While not promising a zero death chance in the part of the recruiter, he may bring up other career opportunities for their children that are not necessarily involved in warfare. One of the rarest cases these personal marketing strategies entail is a dispute among the family. One of the cases involves a veteran dad who is relieving his time in the military, who is also encouraging his son to join, albeit the apparent protest his son does.

Upon seeing in some signages made by the Army to enlist the youth to the military, one of the things they emphasized a lot is incentive. The Army posts up signages that cater to the youth’s interest, which can be done by buying customized military signs for sale.

Incentives are given to the people who enlist to make joining the military more enticing. This is especially good for people with financial problems. Although this might not affect the youth directly, it somehow can. Say their father is one of the people who enlisted in the Army in the past. Because of the incentives the Army gave him, he had saved a thousand dollars and managed to secure enough savings for the education of his children.

Also, upon signing the form, youth who enlisted will have a free college education. This is enticing for people who can’t afford tertiary education, and it also breaks the stereotype of people that joining the military is all about warfare and nothing about education.

The effect of these advertising strategies that the military offers do not necessarily have a direct impact on the lives of the youth. Albeit, they do, somehow, these are minimal, especially if the prospects are uninterested.

Rebecca Nelson is a full-time architectural designer and branding consultant. In her free time, she loves to cook and manage her blog.