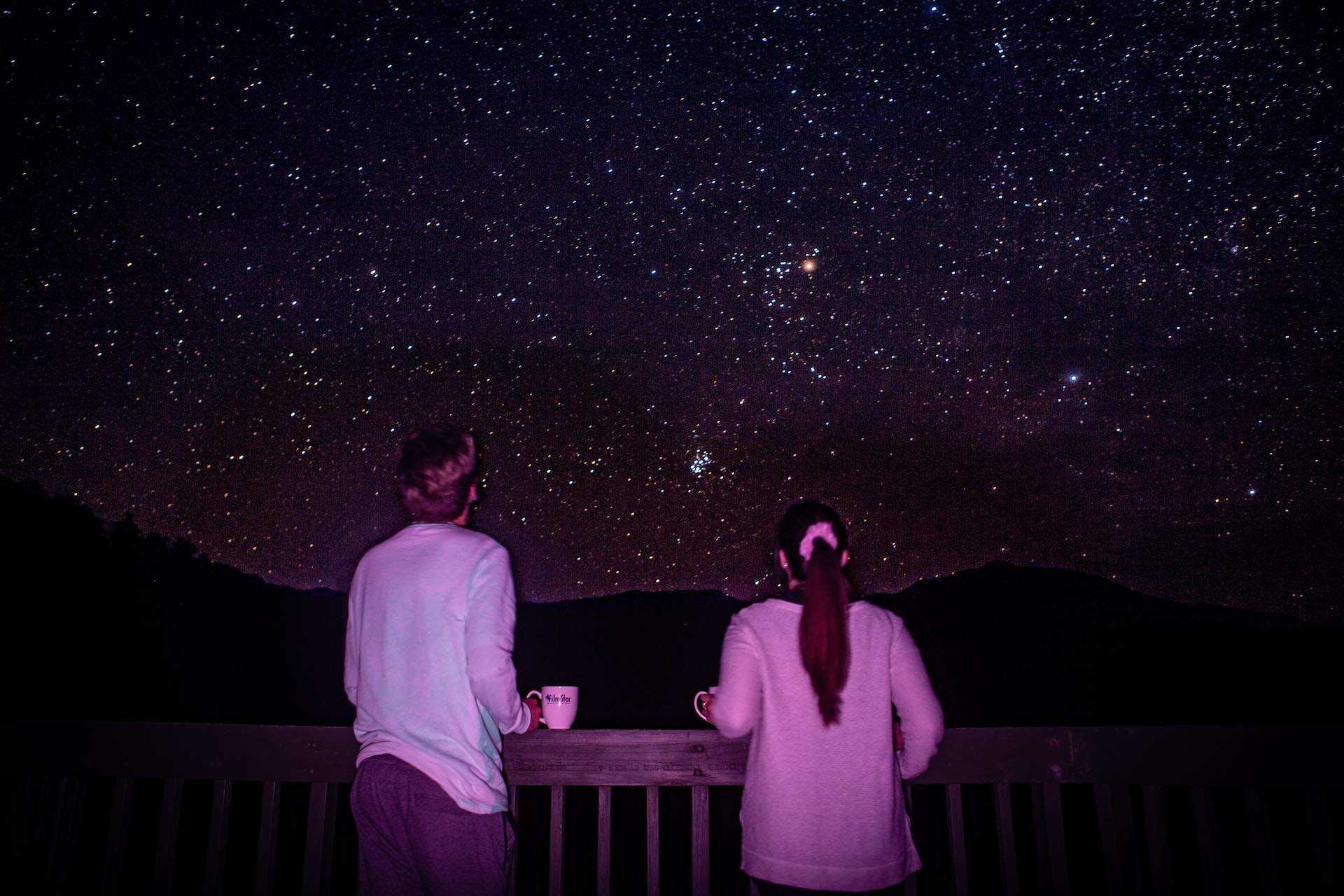 No other adventure can compare to stargazing, as you camp under the beautiful Milky Way- whether you’re somewhere out in Iceland looking to capture the Aurora or want to spend a night under the stars at the National Park in New Zealand. The universe is as wonderful and humbling as it is during the day as it is at night. However, many factors affect stargazing and the sky’s clarity so you can witness the night sky in its glory.

Light pollution in populated areas is a major hindrance to stargazing experiences, especially in metropolitan areas. But worry not, as we have compiled a list of the world’s best places to witness the starry skies at night. These spots will leave you in complete awe, whether you’re just looking to sleep under the stars or use your telephoto lenses to capture beautiful pictures

The Jasper National Park in Alberta, Canada, is one of the most majestic places to witness stargazing, surrounded by spruce and pine forests supporting the Canadian Rockies. The National Park hosts the Dark Sky Festival in mid-October every year- the best time to set up your stargazing camp in the area. This festival also includes many other events such as daytime solar viewings, hands-on science and astronomy exhibitions, rocket launches and telescopic workshops.

Hence, if you’re looking to explore one of North America’s best places for stargazing, The Jasper National Park should be at the top of your list. It is considered one of the world’s largest and most accessible Dark Sky Preserve that shows a beautiful view of an unpolluted night sky, far away from the city of Alberta, with the beautiful Rocky Mountains in the backdrop.

The 13.000-foot volcano on one of the most magnificent Hawaiian Islands- the Big Island formed of volcanic rocks millions of years ago is the best stargazing destination in the world. The summit of Mauna Kea holds the world’s largest optical telescope and draws adventurers as well as astronomy lovers from all over the world to experience the spectacular night sky.

Mauna Kea is one of the tallest summits in the world at an amazing altitude away from sources of light pollution. Hence, it supports a clear night sky with billions of stars all around the volcanic craters puffs of steam and lava rocks that you can capture with your smartphone. Experience stargazing at Mauna Kea is one of the most incredible bucket list adventures in the world, especially with events happening every month at the Mauna Kea Observatory.

The observatory has more than a dozen industrial telescopes, and visitors can even get a chance to peer through the telescopes at night. There are also free lectures and Q&As offered by the visitor centre, open until 10 PM and located at a considerably low altitude for accessibility. All in all, Mauna Kea is one of the best places to witness the clear night sky and spot many constellations and the Milky way without the use of telescopic devices.

The Namibian desert is one of the cleanest and the most pristine places on Earth to witness the stars at night. Namibia’s NamibRand Nature Reserve, located in the marvellous Namib Desert, is ideal for camping on the sand dunes at night. The desert has many camping complexes for tourists with various star-gazing accommodation options in the make-shift camps and instagrammable tents for the clearest night pictures from the Xiaomi phone.

The Namibian desert also has one of the darkest skies on Earth, where the light pollution levels are almost non-existent as it lies deep and far away from the human centre. Alongside thousands of constellations, you can also witness the Milky Way with the naked eye alongside Magellanic Clouds. The scenery at night almost looks like a painting that draws people from all over the world to witness the brightest stars with the darkest backdrop.

Aoraki Mackenzie International Dark Sky Reserve, located in the Mackenzie Basin on the Southern side of New Zealand, is the world’s largest dark-sky reserve. Nestled amongst the mesmerising mountain ranges, this reserve is one of the best places for stargazing, astrological navigation and related activities. The reserve also hosts the Mt. John Observatory, known for its clear view of the southern hemisphere satellite galaxies of the Milky Way.

Tourists can enjoy various night sky tours when visiting this reserve and experience the night sky, unlike before, with many organised astro-tourist activities. Aoraki Mackenzie Reserve covers a huge area of around 4,300 square kilometres and has won distinct recognition from astrologers, science lovers and adventurers alike for being one of the best stargazing sites on Earth.

Other than the mentioned places on our list, there are many other recommended sites for stargazing. These include Cherry Springs State Park in the U.S.A, Tenerife on the Canary Islands off the coast of Morocco, and the Atacama Desert in Chile. With little to no sources of light pollution nearby these destinations, the night sky glows in its truest, most vibrant form as long as responsible and ethical travelling can be undertaken to view the stars.

Hence, these were some of the best places in the entire world for stargazing experiences that truly alter the way one sees and experience the vastness of the universe around us. While stars can be viewed in every city from time to time, these unique places in the world far away from human civilisation and its perils-pollution and natural disruptions are the best places to experience the star-studded skies. With little to no touch to the metropolis, these places around the world offer an unadulterated serene view of the night sky.